Oh my god! I just sat on a wet toilet seat! There is no more disgusting feeling in the world. And I know some of you assholes are saying, “that’s why you’re supposed to put the little tissue paper toilet ring down on the seat before you sit down.” Shut up! I don’t have time for that. You guys are so prissy sometimes and critical. 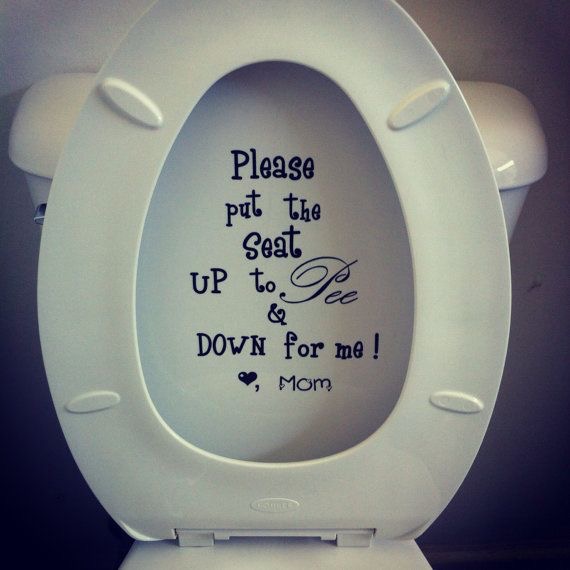 Besides, every time I try to use one of those things it ends up just falling in the toilet before I can sit down anyway. Plus, I don’t understand how you think a layer of tissue paper is going to help if them crabs is coming for ya. The liquid just seeps right through. Instead of sitting on a wet toilet seat you are sitting on a wet piece of tissue paper that is now stuck to your ass. So who’s really the winner here? The troll that used the stall before you and pissed all over the seat. That’s who.

No one ever wants to sit in urine. Well, almost no one. Who am I to judge if some of you guys are into that sort of thing? I will just speak for myself. I don’t ever want to sit in urine. It’s always unpleasant but it’s way worse if it happens in public. At least at home you can usually guess who peed on the seat and you probably know whether or not they are diseased in a transmittable way.  Also, you get to yell at your husband or children, or cat, or whomever and there is some satisfaction in that. Not to mention the fact that you have immediate access to a private sink and can clean yourself up without much hassle.

The absolute worst is if you’re at work or something and you sit on a wet toilet seat early in the day and there is no way to covertly sit in the sink and splash water on your butt. Maybe you could wet some paper towels and head back into the stall for a quick wipe down. Either way you are just never going to feel clean again for the rest of your life.

My grandma raised me to be a squatter and hover over the toilet to do my business. I used to do it that way but then I stopped. I like to think of myself as somewhat of a tough girl. For example, I don’t use hand sanitizer. You might think that makes me gross but in reality that shit dries out your skin and creates a strain of super bacteria that will one day kill us all, but you do you. I’ll do me. Agree to disagree.

I generally go off of the theory that germs and dirt and stuff like that are good for you to an extent. In small doses they can actually increase your immunity to certain illnesses and keep you from getting sick. I like to think that I can handle the “gross” things life throws at me. I do, however,draw the line at other people’s bodily fluids. Mostly.

The question is, if you are in a women’s restroom used only by women, what the hell are they doing to get piss all over the seat. I mean it’s a pretty large hole. It should be hard to miss. Unless you’re hovering. See, it’s all starting to make sense. It’s the women who are afraid to sit on the toilet seat that are making the toilet seat unsafe for us braver, more sensible gals with weak thighs.

I brought this up to my friend Douglas and he says it’s most likely sweat. I don’t know if that’s true. I also don’t know if that possibility makes me feel any better. It would make sense though because this most recent time I sat on a wet toilet seat it was at the gym. I sweat a lot when I work out but I never have sweat out of my ass that I am aware of. Who knows? I guess nowadays it could be because of pre-op transsexuals standing up to pee in the ladies’ room but I like to think that these women are by and large courteous and non-disgusting. Otherwise they would probably just keep being men.

Anyway, I just wanted to let you guys know that I’m going to die soon. So if I stop writing these posts you will know why. Now I’m going to go burn my underwear and workout pants and then cry in the shower ala “The Crying Game”. (Timely reference)

Feel free to let me know in the comments if you have ever sat on a wet toilet seat and what diseases you contracted from it.  Also let me know if you are a person who pees on toilet seats and why you do that. Or let me know if you sweat out of your butt and just sit on things with impunity. Or if you hover over the seat and pee all over everything because you are the only person in the world that matters. Just give me any information that you can. I’m going to go google how long hepatitis can live outside the body.

7 thoughts on “By the time you read this, I may already be dead. ”