What the fuck is happening to me? I am becoming an unstable person. In the past, year and a half I have: 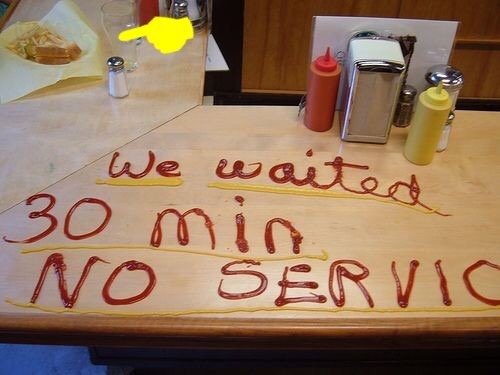 When I say that we were ignored I mean to tell you we were straight-up disregarded. I guess It made me mad. I've had a bad week. I was in the middle of writing another blog about it when this happened. I'll have to go back to that one later.
So stay tuned. Then you can find out about the other time that I yelled at someone this week, which I don't think counts with the rest of the stuff on my list because my husband made me do it.
I digress, There were three waiters standing directly across from me, no obstructions, leaning on the bar, purposefully ignoring me. There was a female waitress actually working, serving another table but she helped them three times while not even giving a look in our direction.
I made eye contact with one of the waiters. He just stared at me. He made no motion to come near me. It was insane. It was like The Twilight Zone. At one point my husband had to tell me to close my mouth because my jaw had literally dropped, I was so dumbfounded. I could not believe that not one person in the whole restaurant could, 1) give us some water and/or a bread basket. 2) say, "someone will be right with you, or 3) actually serve us. So we got up and we were going to leave and I wasn't going to say anything but then the restaurant manager, I presume, popped her head out of a room and said, "thank you" and I just immediately lost my shit.
It started off with me saying, "Thanks for what? No one waited on me," and that's where it should have ended.
Instead I basically said everything to her that I said in the above except while yelling. She kept trying to get me to come back into the restaurant so that we could fix the problem so I yelled, "I'll come back to your restaurant when I want to be treated like shit."
I screamed that. I wanted people to hear me. It's like I was a different person.

I know I talk about being a bitch on here and I am to the core on the inside but outwardly, I am so considerate of others. I won't even listen to music unless it's through headphones. I don't swim full out in the pool because I'll splash too much and it might bother other people. I don't yell loud in parking lots for people to hear me. I don't act like a nut in public. I save that for my friends and close family.
I might be losing my mind.
I think it's going to be really good for the blog. 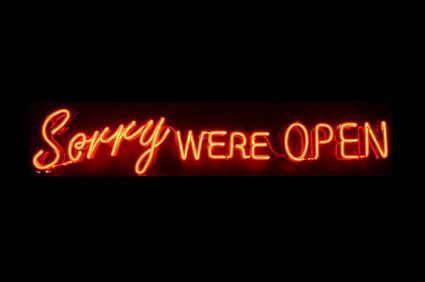 14 thoughts on “I yelled at the manager of a restaurant.”