One time I was down in my basement doing laundry. I had a basket of clothes in my hand and I was heading through this little bedroom downstairs on my way to the family room to fold. In my peripheral vision I saw…something in the corner of the room. I couldn't make out what it was. I was turning to look at it head on when it unfurled its wings and began flying towards my face. 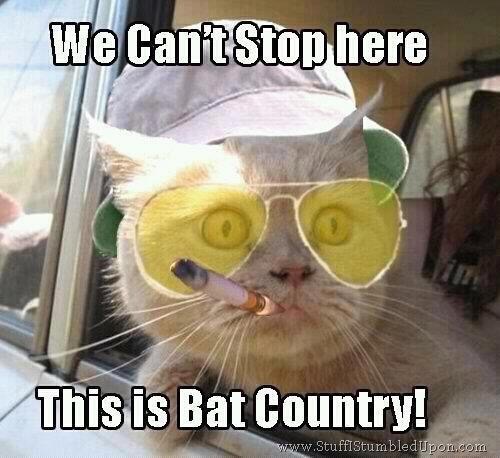 Well, I dropped that fucking basket and I ran out of the room and slammed the door shut as fast as I could. A voice, which I guess had to be my voice, was screaming in an unbelievably high pitch and volume, "Oh my God! It's a bat!!!"
My husband, who had been asleep or at least in bed came running down the stairs. He said he could tell something was wrong because it wasn't my "usual screaming". We could hear it moving around in there but we didn't know what to do. We've never even had to deal with a rat before much less a flying rat. My cat brought me a mouse once, bless his heart, but it didn't seem right to involve him. 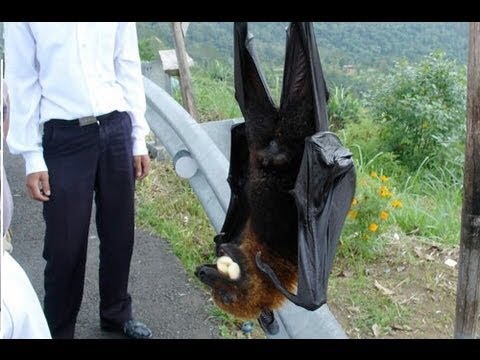 In fact, my cats were my number one concern. The vet hates my cat, Chloe so much and she's made him bleed so much that he actually told me that my cats don't need to come in for their annual shots. They will be fine because they never go outside. Now we have this fucking, blood sucking, varmit trapped in a room in the basement probably just dripping with disease, that could potentially bite my cats and give them rabies or turn them into vampires.

So of course our next step is to Google, "How to get a bat out of your house." It said we need to open a window, leave it closed in a room and rub the door with a broom handle or something. This is supposed to make noise and will help the bat use his sonar and find the opened window.

My husband bravely ventured into the room and opened a window while I held the cats back. (At this point they knew something was in that room and they wanted it badly. ) He opened the window, came out of the room, we closed the door and began rubbing it with a broom handle. We rubbed and rubbed. We rubbed for the next couple of days. That bat wouldn't leave. It was happy there.
We still have the door that the previous owners of this house put up. It is the kind that fold up and look like shutters. We could kind of peek through and see the bat who had taken up residence hanging upside down on the curtain of a different, unopenable window. It was not leaving. It wasn't even moving. We started to wonder, is it dead?
It wasn't dead.
After a few days we realized it wasn't going to fly out of the window. We weren't sure how to handle it. Our first thought was to try and catch it in something and then bring it upstairs and outside. Ultimately we decided that was too risky because if it escaped somewhere else in the house before we could get it outside the cats would go crazy trying to get it and they could wind up getting hurt. So, to protect our babies, we decided that we were going to have to kill the bat.

I know. That sounds terrible. Please don't tell PETA. We didn't think we had a choice. So off we go, bat hunters, we had a sheet to try and catch it in and a couple of weapons. I don't remember what we chose. I think it was a broom and a hammer.

Anyway, Long story short, we closed ourselves in the room with the bat, which was actually two rooms, counting the laundry room, and we proceeded to Scooby-Do and Shaggy that fucking bat to literal death. It was ridiculous. I wish someone had a camera on us. We would charge at the bat and then the bat would start flying and then we would run scared away from the bat. So we chased the bat and the bat chased us back and forth through the basement. 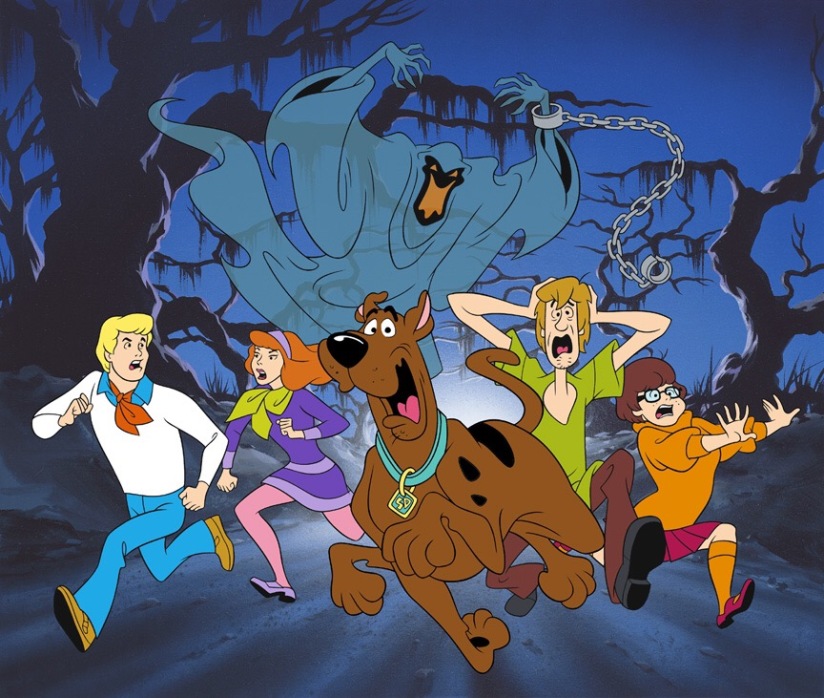 At one point the bat hid behind a cabinet hanging on the wall. My husband decided to hit the cabinet with a hammer around the bat, essentially trapping him behind the wall. Great idea, right? Everyone wants a bat rotting behind their cabinet. He just couldn't bring himself to bring the hammer down on the actual bat. We really didn't want to kill it. 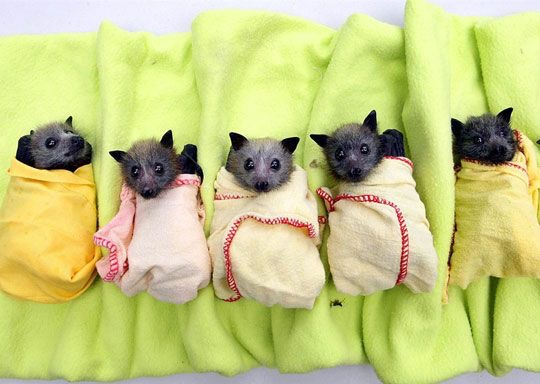 That didn't work anyway. The bat got out and came flying at us again. "Zoinks!" We screamed and ran away from it. I really don't remember what happened after that. Somehow we did eventually kill it and remove it from the house.
Pretty anticlimactic but there you go. I will never forget that image of the bat unfurling it's wings from around his body. I swear he was going in slow-mo. When I saw today's word prompt, I immediately thought of that bat. Poor bat.