The way I talk about myself on here you guys probably think I'm some sort of disgusting swamp monster. I guess I should put a picture up to dissuade you of this.

Here is one I took of myself yesterday:

See, I look fine. I'm really mastering my everyday eye look. Don't you think? Look at how happy I am.

Though I am not a swamp monster, I have always had a few issues with my neck. Basically, I'be always had these lines around it. They aren't fat rolls, they kind of look like where fat rolls would be should I get fatter.

It's like, you know how babies have those extra lines in their skin where the baby fat folds around their elbows and what not? Yeah, I still have those, too. I've been thin and I've been chubby but no matter what, I still have those lines, very faintly but they are there. The place where they are the most visible just happens to be on my neck. I never thought that there was anything I could do about it but I read that using cream with AHAs and collagen helps, so I bought that. What the hell? I thought. I'm already putting cream all over the rest of my face and body, may as well give my neck a shot. I'll be damned if it isn't working. Somewhat.

The same goes for the lines on my forehead, "Worry lines" as they are appropriately titled. I've had them as long as I can remember but when I was young, they just seemed like character lines. Now that I'm aging, and my 24/7 goal is to make my entire being creaseless, pore less, and hairless, they have just got to go.

(Hairless except, of course, for my eyebrows, which I fill in to the point that they can be seen from space and the hair on my actual head which I torture into looking twice it's volume as often as time permits. Oh, and my eyelashes, which have always been pretty decent. So there, I gave myself a compliment. Take that, low self esteem.)

I started putting lotion on my neck at the advice of Sarah Silverman. She tweeted out what was probably at least half a joke, since she's a comedian. I believe that good advice can come from anywhere. So I listened to her. I can't remember her exact tweet but it was something along the lines of "Don't forget to moisturizer your necks, ladies."

Pretty straight forward, somewhat obvious advice. It's also a known fact that Sarah Silverman has been the same age physically for at least 20 years. She is definitely someone I should trust to take age related product advice from, even if it's in joke form.

So I started putting lotion on my neck and I doubted that it was gonna make anything better. I just thought it would maybe, hopefully keep things from getting worse. Maybe I could just maintain the level of grossness to which I have become accustomed. I was so surprised when it actually did make the lines on my neck a little better. You can still see a few faint lines but it's far less prominent than it was before.

Also my efforts over the last few months to stand up straighter (I have self diagnosed forward jutting head posture.), has brought my neck more in line with where it should have been all along. That has given me a visible clavicle bone, which I've never had before and I am very excited about.

I've actually been sent for a sonogram of my throat a couple of times by different doctors who thought that I had something wrong with me based on the way that my neck looked. It sort of bulged out like a person who has an enlarged thyroid, which is what they thought I had. Turns out, I just needed to stand up straighter.

I honestly feel like at least one of those doctors or technicians should've maybe known that. Then they could have possibly sent me to physical therapy or something to improve my posture. I was always too relieved not to have thyroid cancer to pursue the matter any further. 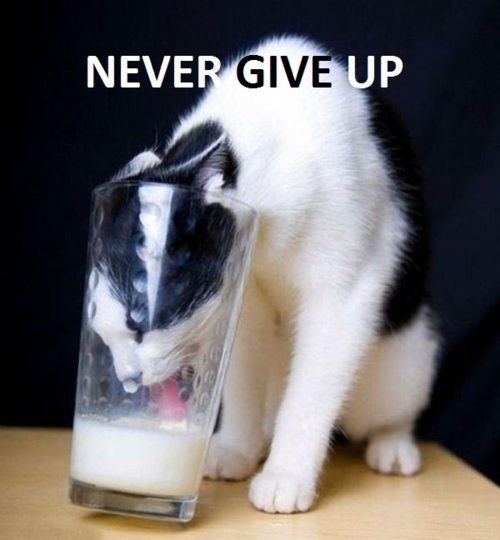 So see kids, change is possible at any age. You can always work to improve things, even if they are not superficial. (Although, who cares about things that aren't superficial?) Don't let negative people tell you that you can't do something or improve in some way and don't let them tell you you have throats cancer. Maybe you can't accomplish all your goals but then again, maybe you can. It's always worth a try. It's not like you have anything better to do. Look at you, you're so bored you read this blog all the way to the end. What a huge waste of time that must have been for you.